The Icelandic Sheepdog was probably brought to Iceland from Norway in 874 and genetically is also related to a Finnish breed, the Karelian Bear Dog, that originated in Russia. Because over the centuries few other breeds were imported into Iceland, the Icelandic Sheepdog remained relatively unchanged. However, famines, epidemics, and a law in 1869 highly taxing all dogs except for a few allowed to work on each farm, greatly reduced the number of Icelandic Sheepdogs, and by the 1960’s they were in danger of extinction.

The breed was rescued by Páll A. Pálsson, the chief veterinary officer of Iceland, Sigríður Pétursdóttir, an Icelandic citizen who started a breeding program on her farm Ólafsvellir, and Mark Watson in England, who provided two puppies to increase the breeding stock. 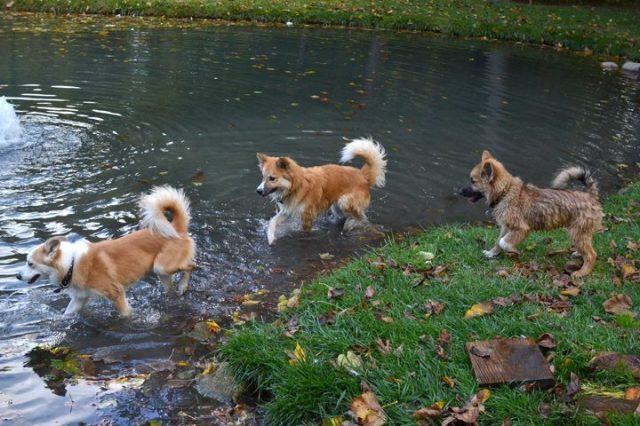 All Icelandic Sheepdogs today are descended from 23 unrelated dogs, although three of these dogs influenced 80% of the genetic makeup. There is an international consortium of Icelandic Sheepdog organizations that work together to promote careful breeding, maintenance of genetic diversity, and the preservation of a healthy breed.

The Icelandic Sheepdog became fully recognized as a herding breed by the American Kennel Club on June 30, 2010.

An Icie is a hardy, happy, loyal, and intelligent dog who was bred to herd sheep, horses, cows, and to work independently as the farmer brought the sheep down from the hills. In recent times, they have been active as herders on farms, therapy dogs, search and rescue dogs, and in agility and obedience events.

They are versatile, often eager to please, and sometimes quite humorous. They communicate by barking, and potential adopters should know that within the breed some dogs bark infrequently, and some dogs bark so much that it can be problematic in some settings. 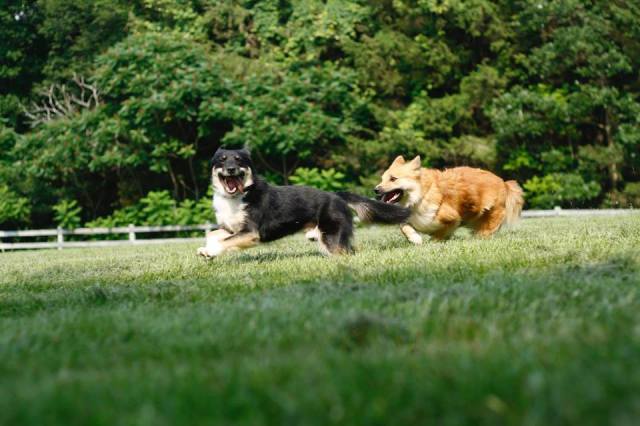 Icies are a friendly, affectionate dog who seek out attention from their people. They learn quickly, and respond better to positive reinforcement training rather than rough training techniques. They are curious, and by instinct respond to birds, who were the only predators of sheep in Iceland. Some also react and lunge at cars, so some sort of fence is essential for a house yard. However, in the woods, away from roads, they generally can run free because it is natural for them to return to their owner. A good recall is not too difficult to train. They usually love children and are eager to welcome household visitors. They generally enjoy swimming.

If you have found a dog and are wondering if it is an Icie, please check out our link that further characterizes an Icie from other dog breeds.